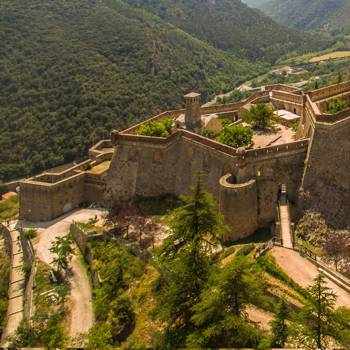 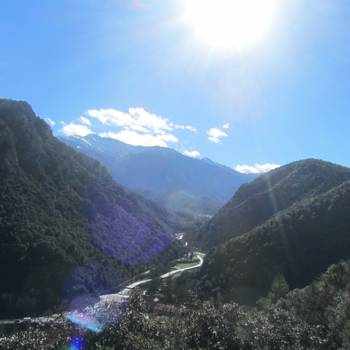 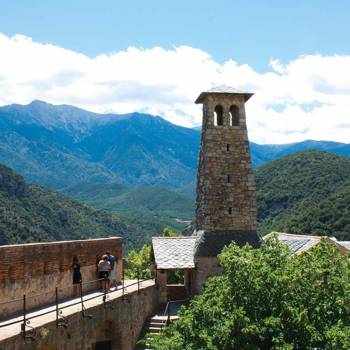 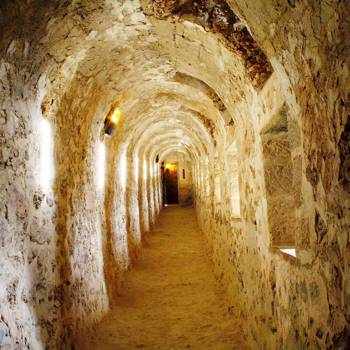 The guardian of Villefranche de Conflent, created by Vauban.

The fort was constructed by Sébastien Le Prestre de Vauban, a military engineer to Louis XIV, after the division of Catalonia between France and Spain by the Treaty of the Pyrenees. Construction began in 1681, at the same time as that of the Mont-Louis Citadel, which is further upstream in the Têt valley. The fort is connected to the city of Villefranche by an underground staircase composed of 734 steps. The fort dominates the village at a height of about 150 meters. The fort had at one time served as a prison for Louis XIV's poisoners.

After the troops left, the Domain put the fort up for sale. The first private owner, Monsieur Laurens, came along in 1925. A retired former shipowner, he had the idea of transforming it into a retirement home for sailors,  with the aim of converting the fort for his residents, Mr. Laurens demolished the officers' barracks located on the first level of the fortress in order to make a courtyard. Because of the difficult access and the remoteness from the sea, his project was not the success he had hoped it to be. The fort was again put up for sale and bought in 1955 by Mr. Marcel Puy, who did so as a wedding gift to his wife. Finally, Mr. Puy signed a long lease in 1984 with 4  local shopowners and, after three years of restoration, the fort was opened to the public in 1987.

Fort Libéria was classified as an "historical monument" in April 2009 by the Regional Commission of Heritage and of Sites of Languedoc-Roussillon. It was registered as a UNESCO World Heritage Site (July 7, 2008) as part of the Network of Major Sites by Vauban.